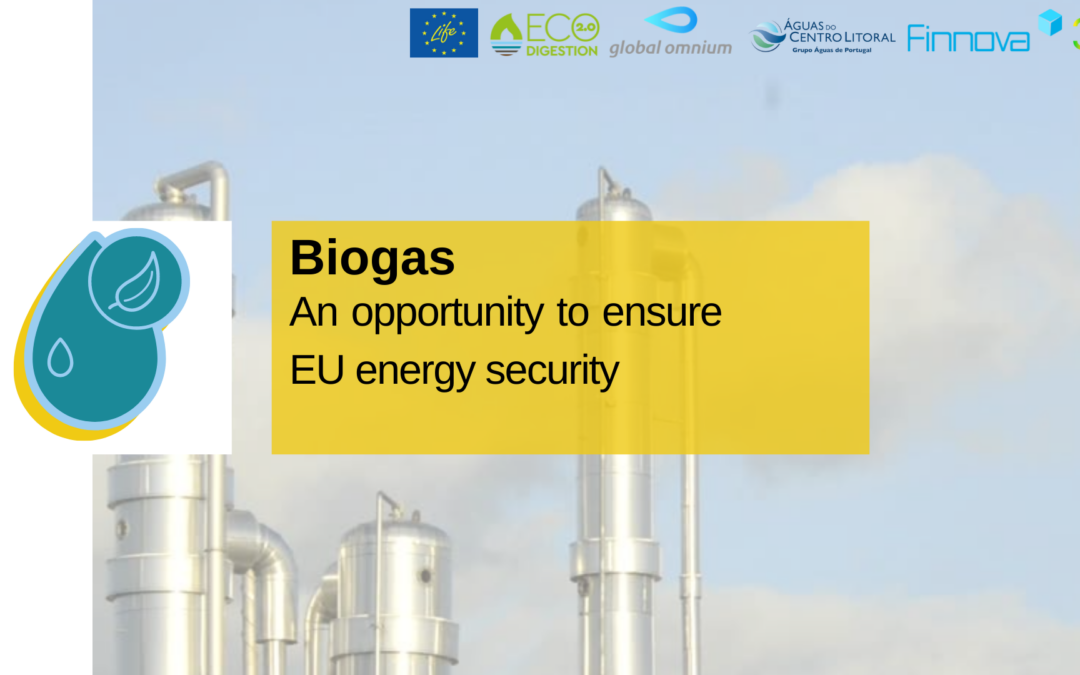 EU’s energy dependence is forcing the bloc to increase its security in a strategic sector. The EU consumes one-fifth of the world’s energy, apart from being its largest importer, but its reserves are now in short supply.

The EU needs to preserve its energy security: keeping the uninterrupted availability of energy at an affordable price while being sustainable for the environment, following the guidelines of a green energy transition.

In a changing international context, deepened by the conflict between Russia and Ukraine, the European machinery has launched an ambitious plan to strengthen domestic energy sources, diversify supplies and reduce dependence on Russian gas.

With the unique feature of being the only renewable energy that can be used for any of the major energy applications, electrical, thermal or as a fuel, the energy projects we work on, such as biogas, are a viable source to ensure energy security. Our project, which aims to scale up the technology for the production of biogas on demand with WWTP sludge, using agri-food waste and slurry as a co-substrate, ensures a reliable energy supply and serves as a part of the solution to fight against climate change.

According to official data, there are around 19,000 biogas production plants in Europe, and 725 of them inject biomethane into the European gas grid. The continent has an amazing potential and a wide variety of substrates sources.

In order to meet this goal, we need to implement projects such as LIFE ECODIGESTION 2.0. Through our technology scale-up, one of our objectives is set to increase biogas production by up to 14% with the same amount of added cosubstrate, by means of a more favourable dosing of waste and mixtures, maintaining system stability and increasing production capacity. In this way, we value the waste generated by creating biogas.

Our project is committed to a green energy transition. We are convinced of the contribution made by renewable energies and projects such as LIFE ECODIGESTION 2.0, initiatives that drive the ecological transition and ensure energy security.